Carbon dioxide emitted by commercial flights rose by 32% from 2013 to 2018, study shows 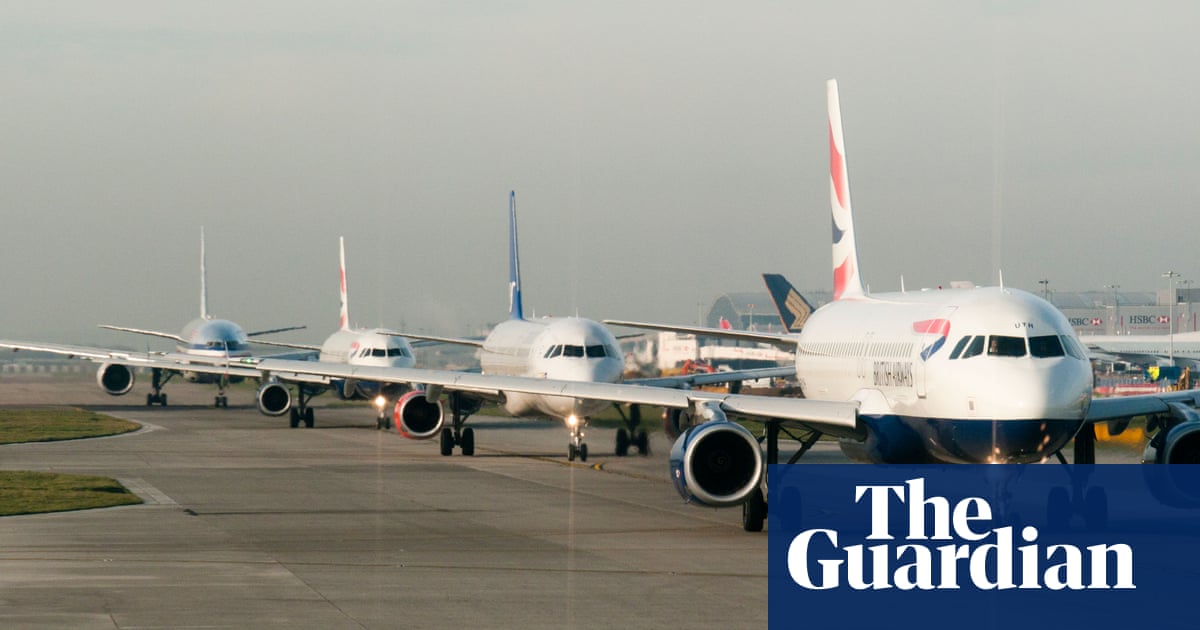 Worldwide CO2 emissions from commercial flights are rising up to 70% faster than predicted by the UN, according to an analysis.

Carbon dioxide emitted by airlines increased by 32% from 2013 to 2018, according to a study by the International Council on Clean Transportation.

Researchers said the rate of growth far exceeded that used to develop projections for CO2 emissions by the UNs International Civil Aviation Organization.

The ICCT report says: The implied annual compound growth rate of emissions, 5.7%, is 70% higher than those used to develop ICAOs projections that CO2 emissions from international aviation will triple under business as usual by 2050.

The total increase over the past five years was equivalent to building about 50 coal-fired power plants, the ICCT calculated. The study shows the UK is responsible for 4% of global aviation CO2 emissions, behind only the US (24%) and China (13%).

Domestic flights in the US and China account for a quarter of all aviation emissions. The US, China and EU account for 55% of all emissions.

Airlines in the 36-member countries of the ICAO have signed up to a carbon reduction scheme known as Corsia and will start recording their emissions this year.

The scheme is framed to allow aviation to continue to grow but reduce its net footprint by purchasing carbon emission offsets or funding a carbon dioxide saving elsewhere. Although aviation accounts for just over 2% of all global emissions, that proportion is expected to expand significantly as other sectors such as energy make more rapid progress to decarbonise.

A forecast released by Airbus on Wednesday said the number of commercial aircraft in operation would double to 48,000 planes worldwide by 2038. It predicted urbanisation and an emerging middle class would fuel rapid growth, particularly in the Asia-Pacific.

The growth in total emissions comes in spite of more fuel-efficient planes, as passenger numbers have grown. Emissions per passenger kilometre have been reduced by more than 50% since 1990. According to the airline trade body Iata, carriers have improved fuel efficiency by more than 2% per year over the past decade.

An Iata spokesman said: It is true that because of demand from people in developing economies to enjoy the same benefits of flying as those in rich countries, aviation emissions growth is currently faster than our efficiency gains.

That is why from 2020 all growth in international aviation CO2 will be offset, reducing carbon by millions of tonnes a year. And by 2050 we aim to cut total emissions to half the 2005 level, using a combination of sustainable fuels and radical new technologies.

The transport secretary, Grant Shapps, called on the UK aviation industry to take the lead in introducing electric flight. In a speech at Cranfield University in Bedford on Thursday, he said: We need to get to grips with commercial aviation greenhouse gas emissions for the sake of our children and our fragile environment.

He said aviation supercharges our economy, drives prosperity, jobs and tourism and helps promote Britains interests globally But with aviation set to grow significantly over the next three decades, largely driven by rising demand from emerging markets, particularly Asia, the Middle East and India, I want to pave the way for the transition towards commercial use of cleaner electric planes.

Preserve your food and protect your family with our organic, reusable foodwraps. etee foodwraps can be reused for up to one yea[...]
Read More
⇛ view similar products
#1 Yoga Tip For a Tiny Belly

The Autobidder is the Most Profitable Trading Tool Available BY FAR. It automatically Bids on Items live in the Market allowing yo[...]
Read More
⇛ view similar products
Fifa17 Futmillionaire

The Autobidder is the Most Profitable Trading Tool Available BY FAR. It automatically Bids on Items live in the Market allowing yo[...]
Read More
⇛ view similar products