AT&T hired Donald Trumps former attorney to advise the company on a range of issues broader than previously known, according to newly unsealed FBI documents.

The telecommunications giant paid Cohen, now in prison for tax fraud, $50,000 per month, according to the unsealed documents. For that fee, Cohen provided AT&T assistance and advice on political issues, including net neutrality, the merger between AT&T and Time Warner, and tax reform.

Previously, the Washington Post reported that AT&T had contracted Cohen to offer recommendations on how to navigate the administrations approach to the merger with Time Warner and corporate tax reform, but Cohens consulting on net neutrality had not been confirmed.

AT&Ts $85 billion merger with Time Warner was subject to federal approval at the time, raising questions of whether Cohen violated lobbying laws. Trump opposed the deal, denying implications of preferential treatment, but a judge cleared the way for the merger last June.

The consulting agreement started just three days after the presidents inauguration and was first revealed by Stormy Daniels, the adult film star paid hush money by Trump to cover up an alleged affair, and her lawyer, Michael Avenatti.

AT&T hired the same shell company, Essential Consultants, that Cohen used to route money to Daniels. A senior VP in AT&Ts internal government affairs group resigned in the wake of the revelations, and the CEO of the company called hiring Cohen a big mistake.

The telecom giant said Cohen and his company had not done legal or lobbying work for the company, though its unclear what insight on telecommunications he could have provided given his background. The disclosure about Cohens agreement came as a piece of the FBIs larger allegations that the lawyer misrepresented his finances to banks.

AT&T previously confirmed it hired Cohen as a consultant to help us understand how the president and his administration might approach a wide range of policy issues important to the company, including regulatory reform at the FCC, corporate tax reform and anti-trust enforcement.

Neither Cohens attorney nor AT&T immediately responded to request for comment.

Update: When reached for comment, AT&T pointed to its previous statement, saying the disclosure was not new and that the company had hired multiple consultants in early 2017 to help its leaders understand Trumps approach to a wide range of policy issues important to the company, including regulatory reform at the FCC, tax reform, and antitrust enforcement, specifically our Time Warner deal.

The best-selling book Our Ultimate Reality, Life, the Universe and Destiny of Mankind, and 7 years of weekly newsletters has trans[...]
Read More
⇛ view similar products
#1 Yoga Tip For a Tiny Belly

Yoga Burn is created especially for women who want to get the preferred ideal body shape. This program helps provide women with bo[...]
Read More
⇛ view similar products
My Back Pain Coach 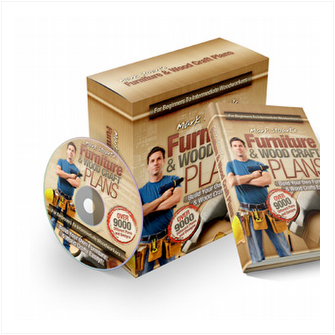 The FurnitureCraftPlans package is unlike anything that has ever been created. Inside this life-changing collection, youll be empo[...]
Read More
⇛ view similar products
9000 Furniture Plans

The FurnitureCraftPlans package is unlike anything that has ever been created. Inside this life-changing collection, youll be empo[...]
Read More
⇛ view similar products