Increasing sea temperatures and overfishing will likely increase levels of methylmercury in fish despite modern international efforts aimed at reducing mercury in marine life, according to new research published in Nature.

In recent years, established regulation of mercury emissions has successfully reduced levels in fish across the globe, but a comprehensive model developed by scientists at Harvard suggests that spiking temperatures are driving levels back up and are expected to continue increasing into the future.

“This research is a major advance in understanding how and why ocean predators, such as tuna and swordfish, are accumulating mercury,” said senior author of the study Elsie Sunderland in a statement. Methylmercury, a type of organic mercury, is a harmful neurotoxicant that can be stored in the meat of marine apex predators, including Atlantic bluefin tuna and swordfish. The element accumulates in the reserves of fish, but predators at the top of the food chain who eat their way down have higher stores of it, threatening the health of humans who consume such fish.

The comprehensive model simulates how a variety of environmental factors influence mercury levels in fish using three decades’ of data from the Gulf of Maine, including an analysis of the stomach contents found in both Atlantic cod and spiny dogfish from the 1970s to the 2000s. Analyses showed that methylmercury In cod were between 6 and 20 percent lower in 1970 than in 2000 while spiny dogfish saw an increase from 33 to 61 percent during the same timeframe.

But why would two fish living in the same ecosystem have such dramatically different changes in methylmercury level? The answer lies in the food web. Endemic to the Gulf of Maine, Both species eat herring – a population that experienced a collapse in the 1970s due to overfishing. Cod turned to small fish with low levels of methylmercury like shads and sardines but the spiny dogfish began eating cephalopods, which contain higher levels. In short, the overfishing of one species can result in altered behaviors and changes in methylmercury levels in species up-and-down the food web.

How fish consume their prey also impacts the levels of methylmercury found within their bodies. Squids and octopuses use their tentacles and beaks to tear food apart while swordfish use their “sword” to slash their prey, both methods that can influence mercury storage.

“There’s always been a problem modeling methylmercury levels in organisms like cephalopods and swordfish because they don’t follow typical bioaccumulation patterns based on their size,” said Sunderland. “Their unique feeding patterns means they can eat bigger prey, which means they’re eating things that have bioaccumulated more methylmercury. We were able to represent that in our model.”

Additionally, increasing water temperatures mean that high-energy predators need to use more energy to swim that requires more calories which, in turn, results in higher accumulations of methylmercury from prey sources.

“Being able to predict the future of mercury levels in fish is the holy grail of mercury research,” said study author Amina Schartup. “That question has been so difficult to answer because, until now, we didn’t have a good understanding of why methylmercury levels were so high in big fish.”

Altogether, the model allows researchers to simulate various scenarios in which would result in the increase of methylmercury accumulations in marine fish.

Real patriots support their President. This coin is a fine way to show off that support. Show your patriotic support for our presi[...]
Read More
⇛ view similar products
Human Anatomy Course 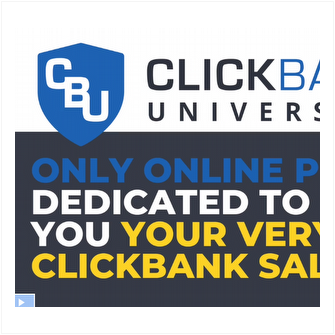