When it comes to celebrity couples, we all have that one. You know, the one you think are completely rock solid and take for granted. The one that, to you, exemplifies true love. The one that, if they were to break up, would signify that love as we know it does not exist. For me, that couple is probably Chrissy Teigen and John Legend. But if you’re a teenager and Riverdale fan, that couple might be Cole Sprouse and Lili Reinhart, who are (were?) a couple on Riverdale and in real life. So I’m sorry to be the bearer of bad news when I tell you that multiple outlets are reporting Cole Sprouse and Lili Reinhart may have broken up.

Cole and Lili, who play Jughead Jones and Betty Cooper, respectively, on Riverdale, started dating two years ago. They started dating secretly in July of 2017 and started publicly flirting on Twitter a few months later, in February of 2017. They were known for generally being pretty cute towards each other on social media, without being over-the-top or annoying. They would also post these beautiful, artsy photos of each other, because I guess that’s what you do when you’re young and in a relationship in 2019.

Quite actually the only thing keeping me sane is @lilireinhart

This picture makes me so happy.

Now, though, outlets are reporting that the two have split. A source told Us Weekly that they overheard Cole telling a friend that he and Lili were broken up. WHAT?! I’m going to need a transcription of exactly what was said and an itemized list of the reasons they supposedly broke up. Now, an anonymous tabloid source isn’t exactly ironclad evidence of a breakup, but apparently, Cole and Lili “kept their distance” and “were rarely seen together” while at San Diego Comic Con this past weekend. Awkward. If I can think of the last place on Earth I’d want to be with my recent ex, it would be an overcrowded convention center or hotel ballroom. Also, Lili posted a picture of herself sitting between KJ Apa and Cole at a panel at Comic Con and captured it, “Please don’t put me between these two ever again.”

Please don’t put me between these two ever again.

However, I’m going to go ahead and say that this is just a cheeky Instagram caption, and trying to read into it for evidence that Cole and Lili have broken up is a big reach (Cosmo).

For now, neither Lili nor Cole have officially confirmed the breakup, but five days ago, Lili posted this tweet. Again, it’s not evidence of a breakup, but it seems kind of shady in retrospect, like all Khloé Kardashian’s sub-Insta Stories directed at Tristan Thompson.

One must choose very wisely when considering how many fucks to give. Don’t give your fucks away so easily. Don’t let someone who is not worthy of any fucks, take your fucks away from you. Some things/people are just not worth it. 🙏🏻 amen.

I crunched the numbers, and there are precisely two types of situations in which I would post something about giving f*cks to the wrong person: a job that destroyed my mental health, or a guy who f*cked me over. I’m personally leaning towards the latter because this reads like the exact type of tweet I would post after finding out a guy who never had time to see me because of “personal issues” was going on multiple dates with other girls. (And also because of confirmation bias.) But again, without any official word from either Cole or Lili’s camp, this proof is about as solid as my conspiracy theory that McDonald’s never made ice cream, they just put dummy machines in all their locations so you’ll keep going back and buying something in the hopes that one day, the ice cream machine will be working.

Then again, despite reports that Cole and Lili were basically avoiding each other at Comic Con, Cole was on Lili’s story as recently as a few hours ago. 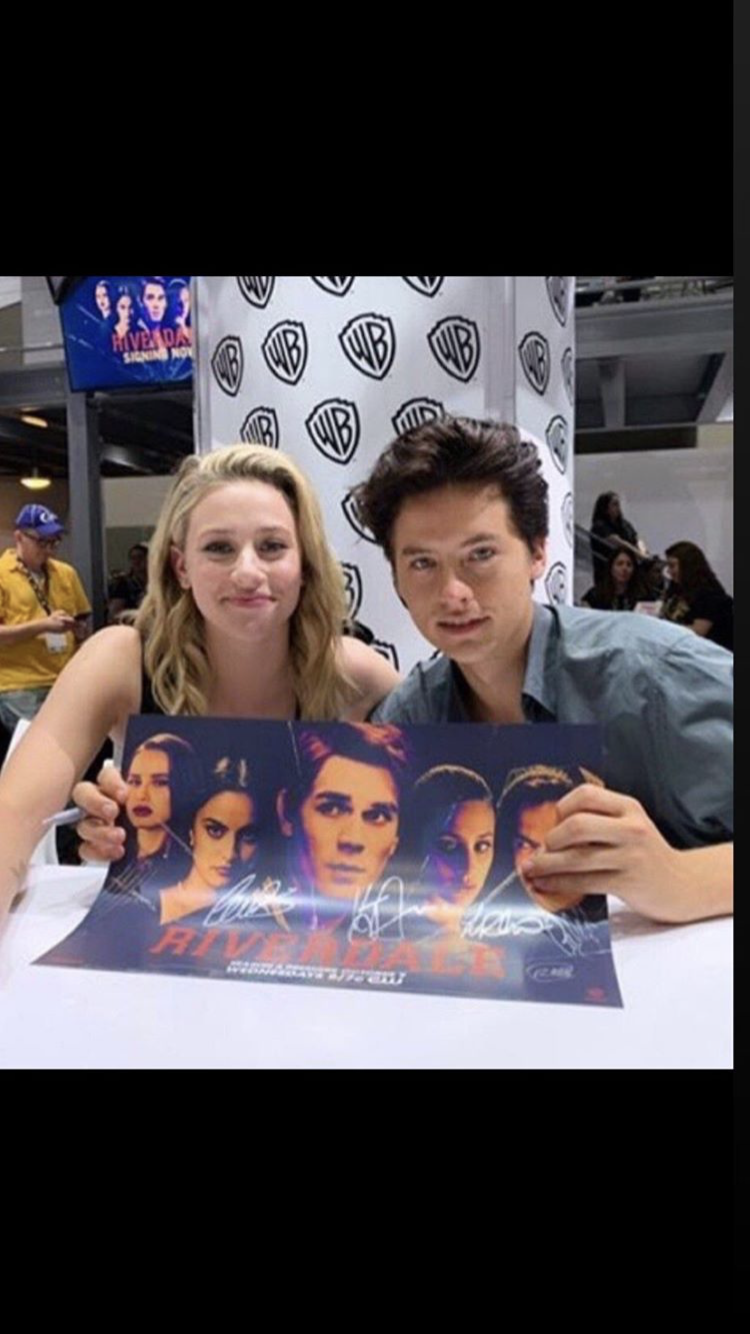 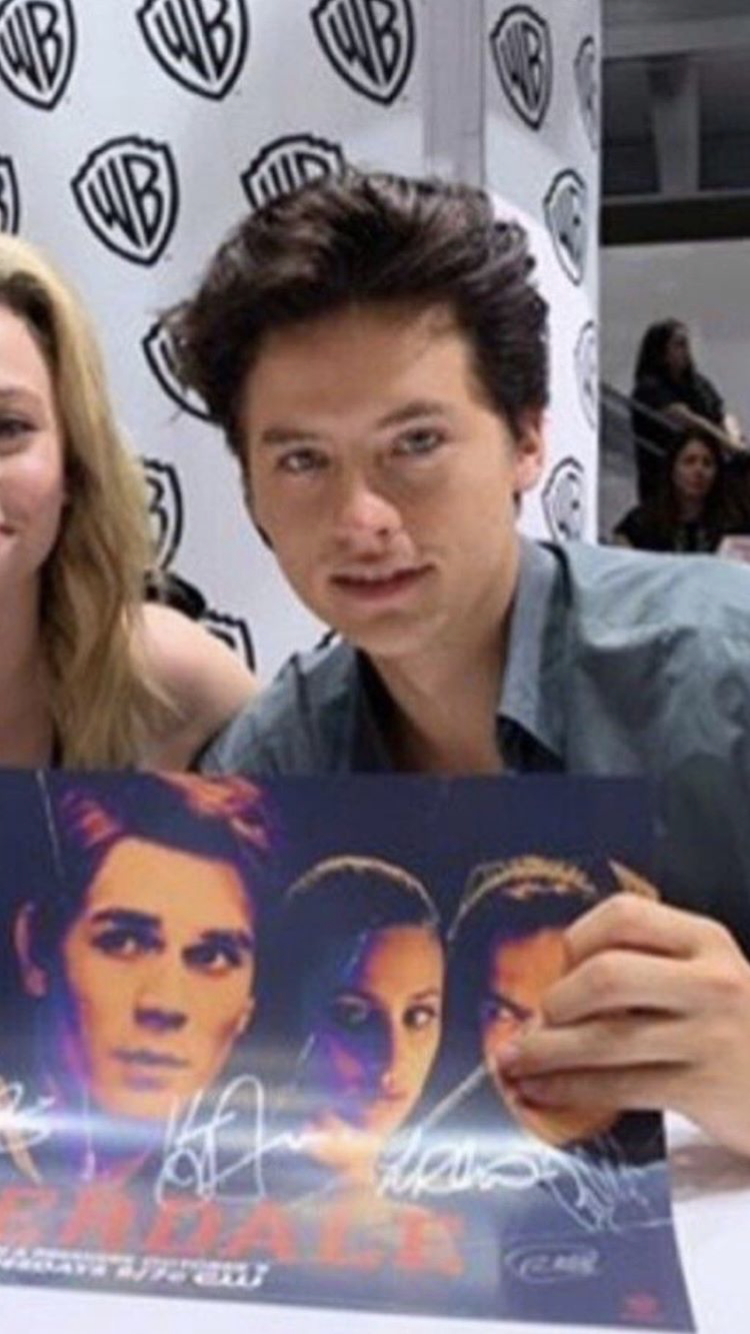 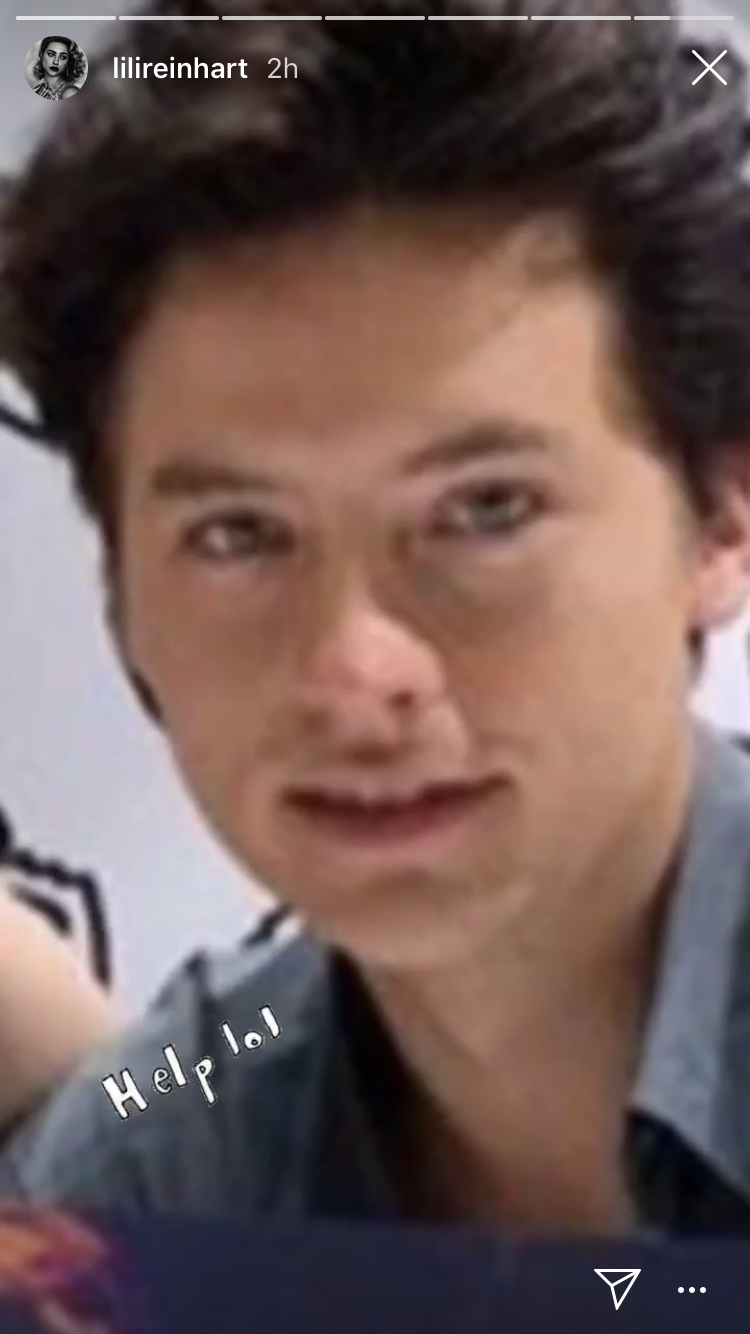 This looks like the exact type of light poking fun these two are known for, and not really like a “get me away from my ex” post. So one question remains: What is the truth??

I think I speak for all of us when I say, let’s all hope this is just a bad rumor. I won’t go so far as to say that love is dead if Cole Sprouse and Lili Reinhart are no longer together, but I will say that the world would have lost another attractive celebrity couple who are generally pretty cute and seem sincerely into each other. For now, we’ll have to wait and see.