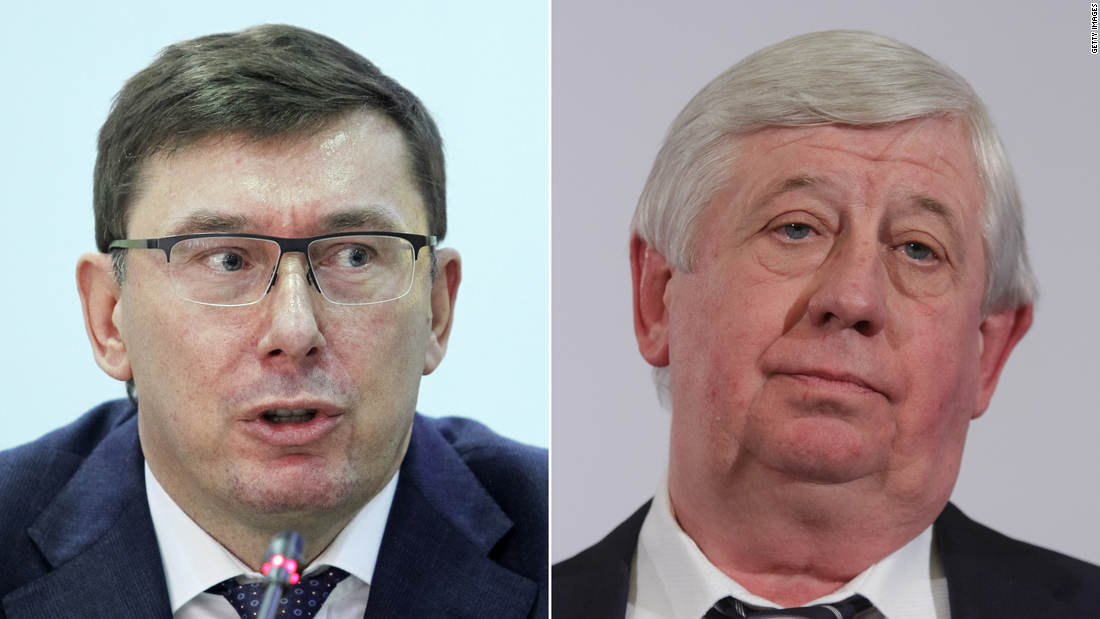 Kiev, Ukraine (CNN)There are two Ukrainians at the heart of US President Donald Trump’s personal lawyer Rudy Giuliani’s allegations against former US Vice President Joe Biden and his son Hunter. Both headed Ukraine’s prosecutor’s office — Viktor Shokin between 2015 and 2016, and Yuriy Lutsenko between 2016 and 2019.

There is no evidence of wrongdoing by either Joe or Hunter Biden. 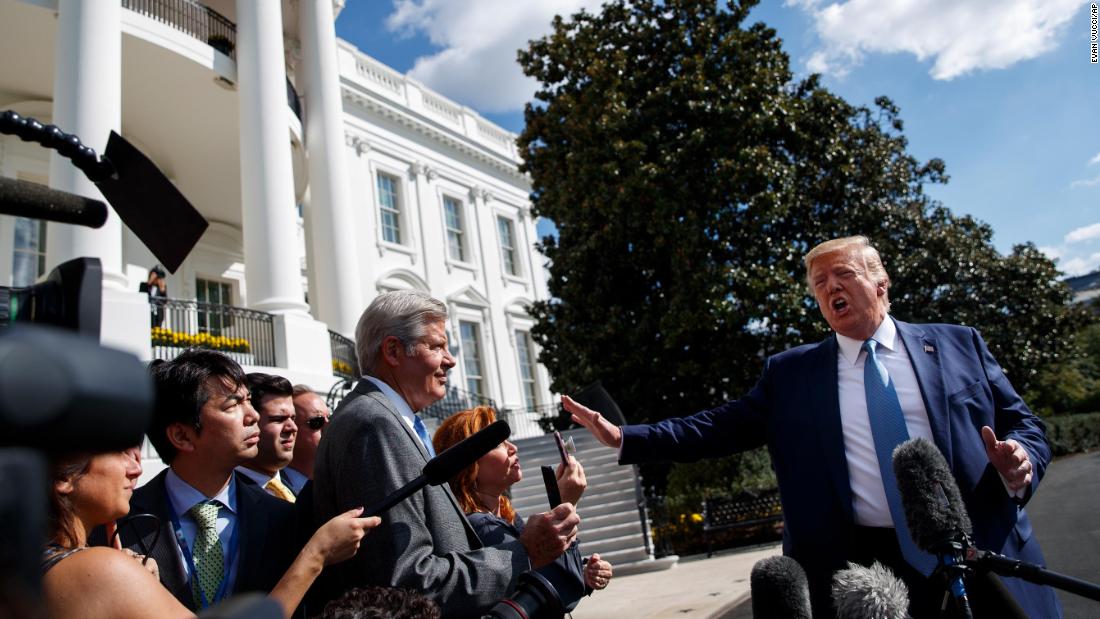 According to documents turned over to Congress by the State Department’s inspector general this week and obtained by CNN, there were long conversations in January of this year at Giuliani’s New York offices — first with Shokin by phone and then with Lutsenko in person. Lutsenko had come to New York with a small team, but not in his official capacity as Ukraine’s Prosecutor-General.
Asked by CNN this week whether he knew of Lutsenko’s visit, Petro Poroshenko, who was Ukraine’s President at the time, said: “I would never have any information about that.”
CNN has obtained a document — translated into English — that Lutsenko prepared for the January meeting. It’s unclear whether the document was actually given to Giuliani’s team. Giuliani’s office has not responded to CNN’s multiple requests for confirmation. 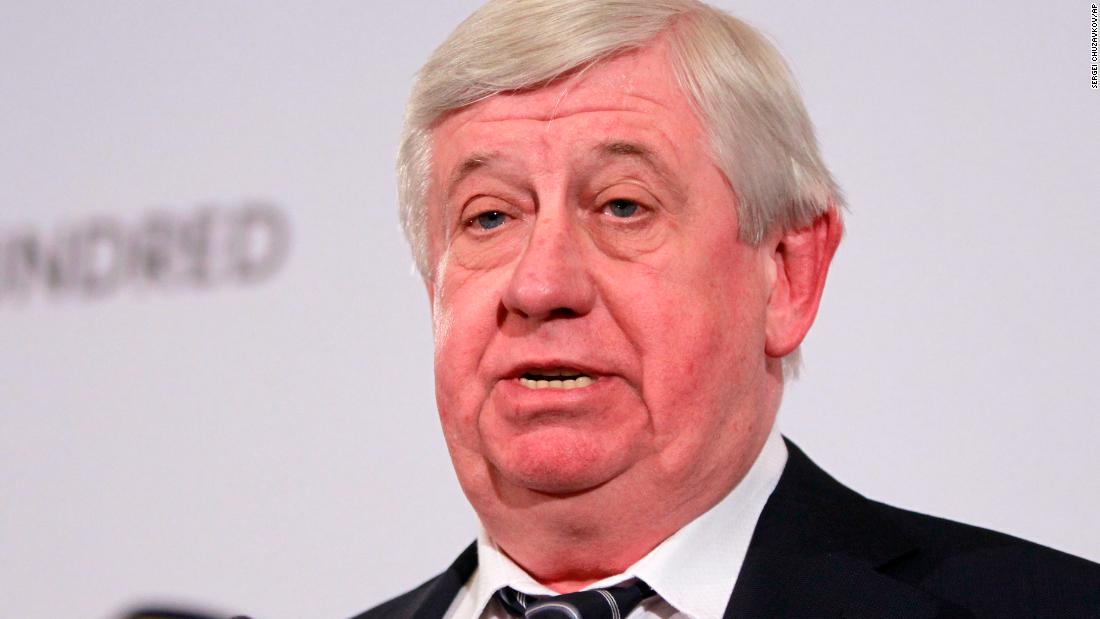 But like the summary of the January conversations later sent by Giuliani to the US State Department, Lutsenko’s memo is long on claims and allegations but without any supporting evidence.
Seven pages long, it makes a series of accusations. 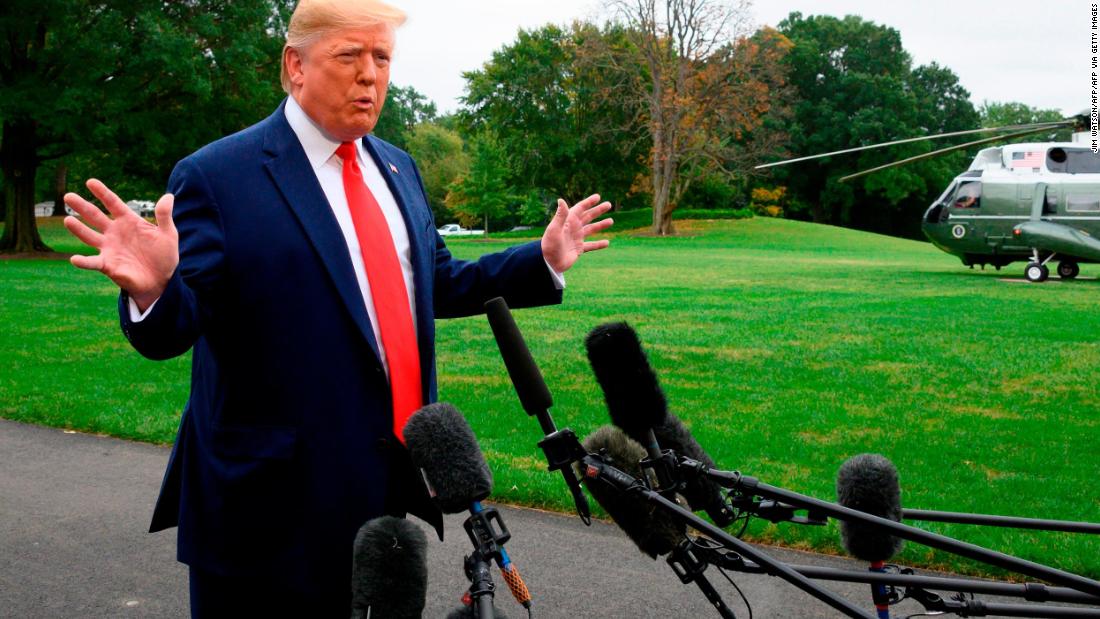 The first paragraph says the information “may attest to the commission of corrupt actions aimed at personal unlawful enrichment by the former Vice President of the United States Joe Biden and other American officials.”
The document then purports to show how Hunter Biden and others were paid as directors of Burisma Group, a major gas company in Ukraine, but in the younger Biden’s case it says that “information on the amount of payments is currently not available.”
Without providing any evidence, it goes on to allege “the veiled transfer of funds for the lobbying activities that was carried out to Joe Biden personally.” The same allegation is included in a summary of Lutsenko’s conversations that was part of the collection of claims assembled by Giuliani that was passed along to Secretary of State Mike Pompeo and ultimately the department’s inspector general.
Biden has said he never spoke with President Poroshenko about Burisma, and Poroshenko said the same in a CNN interview this week. 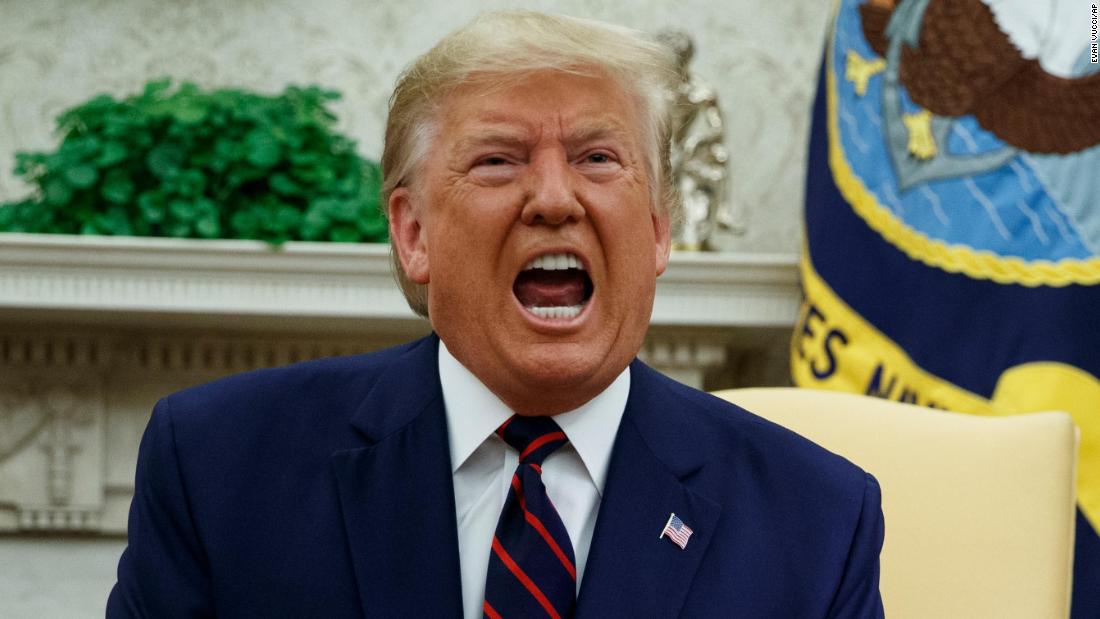 Lutsenko’s document also claims, without providing any evidence, that “Joe Biden actively facilitated the closure of criminal cases against M V Zlochevskiy [the owner of Burisma] and the officials of Burisma group.” It alleges that when he was Vice President Biden interfered in appointments to the prosecutor’s office in Ukraine and used his influence with two Ukrainian law enforcement agencies “for combatting political rivals in the USA.” That is an accusation also made by Giuliani and repeatedly denied by Biden.
Lutsenko also repeated unfounded claims that the Obama Administration was behind the leaking of an “information operation aimed at discrediting P Manafort,” who was chairman of Trump’s election campaign. Paul Manafort resigned from the campaign after details emerged about illicit payments he had received from Ukraine.
As a result of special counsel Robert Mueller’s investigation into Russian interference in the 2016 election, Manafort was found guilty of a slew of federal crimes and ultimately received sentences totaling seven and a half years in prison in March. 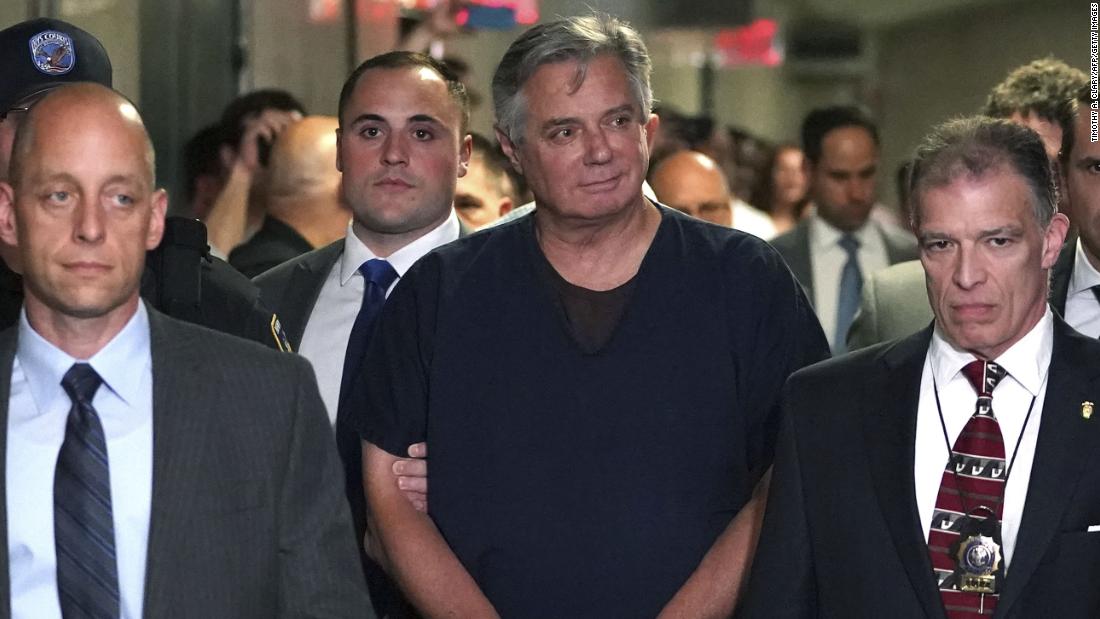 Shokin made a series of accusations in his phone call with Giuliani’s team on January 23, according to the documents sent to the State Department. He claimed that in the middle of 2015 the then-US ambassador to Kiev Geoffrey Pyatt told him to use “white gloves” in investigating Burisma, which he interpreted as avoiding any investigation of Burisma. Pyatt is now ambassador to Greece. The embassy in Athens would not comment and referred CNN to the State Department.
It has long been Shokin’s contention that he was fired because he was investigating Burisma, the company whose board Hunter Biden joined in 2014. It’s a claim he repeated in an affidavit filed in an unrelated case last month when he said: “The truth is that I was forced out because I was leading a wide-ranging corruption probe into Burisma Holdings.”
A CNN review of the affidavit shows it contains a number of sweeping and unfounded claims.
Demands for Shokin’s removal in 2015 were coming not just from the US Administration but officials with the International Monetary Fund and the European Union, increasingly frustrated with the lack of action on Ukraine’s deep-seated corruption. 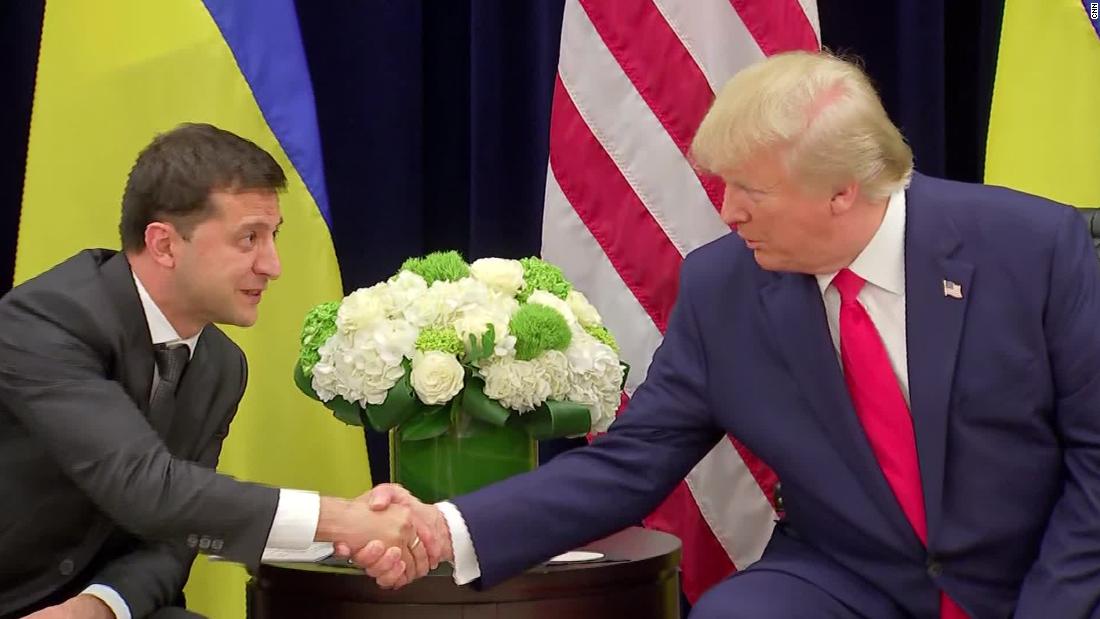 The man who was Shokin’s deputy in 2015, David Sakvarelidze, dismissed Shokin’s allegation that the US was impeding anti-corruption work as absurd. “The US and its embassy in Kiev had been “very supportive….of all our efforts to clean up the system from the corruption, from the protectionism, from the huge corruption,” he told CNN.
Lutsenko went public with his allegations against Biden and the former US ambassador to Ukraine in interviews for John Solomon, a columnist with the Hill. He said the ambassador, Marie Yovanovitch, gave him a “do-not-prosecute” list during their first meeting. The State Department called the allegations “an outright fabrication.”
Internal State Department emails obtained by CNN show that senior officials were disturbed by a campaign among right-wing media outlets in the US against Yovanovitch, with one email dated March 28 talking of “the fake list of alleged ‘do not prosecute’ names.”
Even so, Yovanovitch was recalled to Washington weeks later.
For reasons that aren’t yet clear, Lutsenko began to retreat from his accusations weeks after he went public with them. In an interview on his Facebook page on May 14, he insisted that, “During our meeting we exchanged a lot of information orally that had nothing to do with any criminal case. Of course no criminal investigation details were disclosed.”
Two days later Bloomberg published an interview in which Lutsenko said: “Hunter Biden did not violate any Ukrainian laws — at least as of now, we do not see any wrongdoing.” 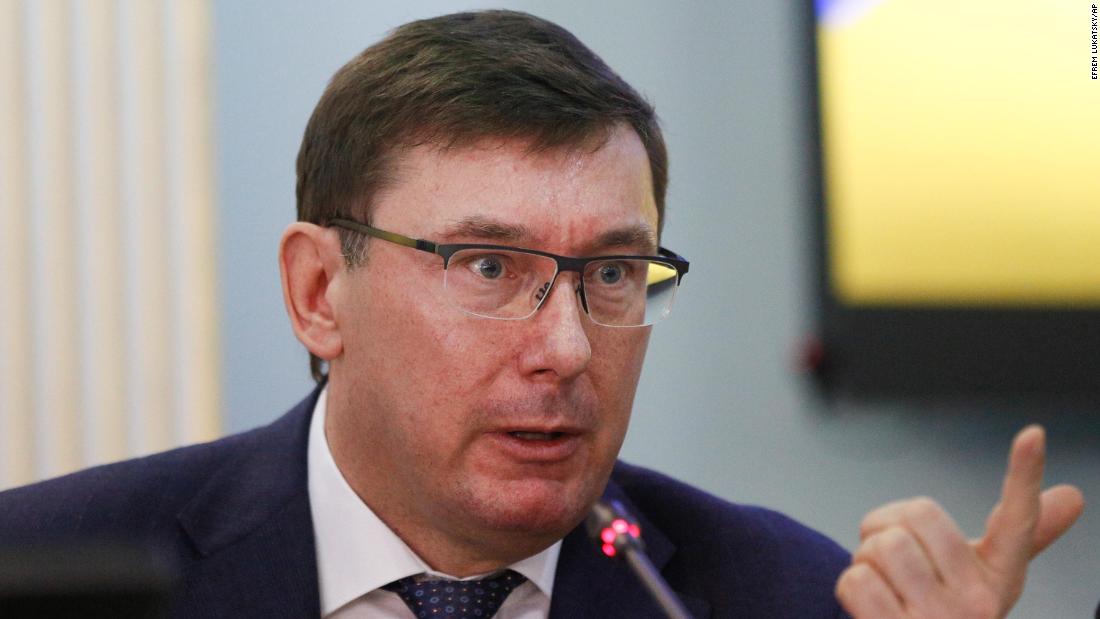 Just how Lutsenko was put in touch with Giuliani, and what his motive was in meeting him, is as yet unclear. Two former officials who worked with Lutsenko told CNN that they believe he was trying to save his own political career. Petro Poroshenko, then President and his patron, seemed destined to lose the election (which he did in April by a landslide), and Lutsenko wanted an insurance policy, they say. A direct line to the personal lawyer of the US President seemed to fit the bill.
Lutsenko himself said in the Facebook interview in May: “I wanted to use the meeting with Giuliani to assure the President of the US that they had a stable channel of information about Ukraine.”
Former Ukrainian officials who worked in the Prosecutor General’s office when Lutsenko was in charge say they had no knowledge of his contacts with Giuliani. 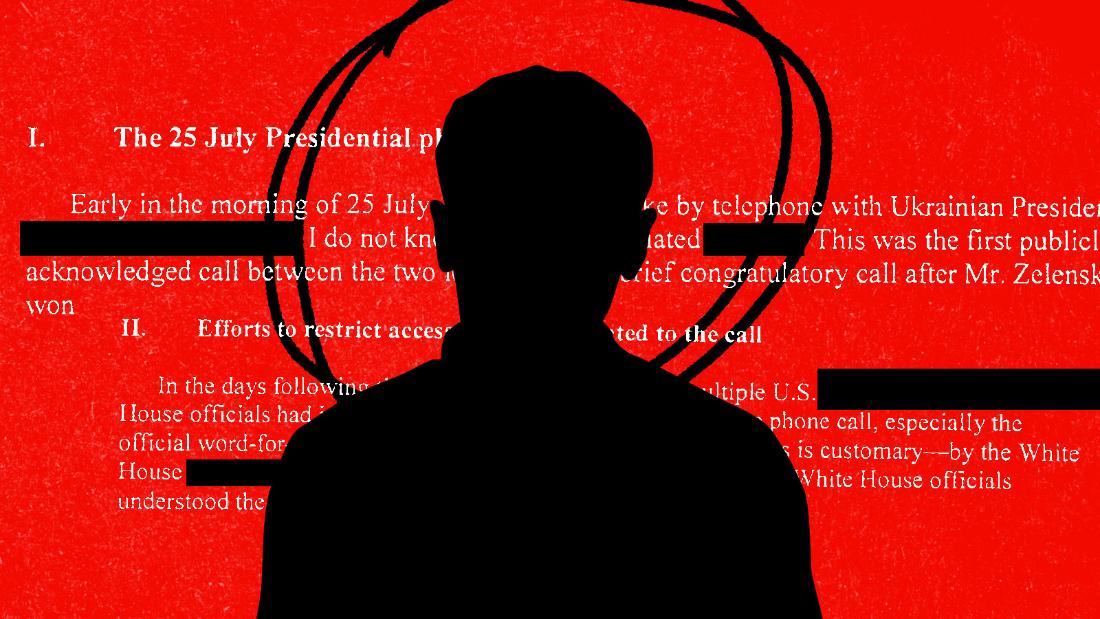 A deputy prosecutor under Lutsenko, Eugene Yenin, told CNN that “speaking to anybody informally or contacting private lawyers goes beyond the criminal procedure code of Ukraine.”
“Of course I’ve been concerned that it could endanger the reputation of the Prosecutor General’s office and of Ukraine in general,” he said. “He never agreed this interview with the international legal cooperation department nor me, his deputy.”
Sakvarelidze says Shokin and Lutsenko “do not have a moral right to comment on the corruption of different individuals because they themselves were deeply corrupt, they themselves were heading the corruption, the systemic corruption for decades which was in Ukraine.”
“These guys now are manipulating unfortunately with the fate of Ukraine, their country, in order to get personal benefits.”
Another Shokin deputy, Vitaly Kasko, who resigned rather than continue working for him, told CNN: “I don’t think that he’s a reliable person.
Both Kasko and Sakvaredlidze were commended by then US ambassador to Ukraine Geoffrey Pyatt in a speech in September 2015. But Pyatt was less complimentary about Shokin, saying there had been times when the Prosecutor General’s office “not only did not support investigations into corruption but rather undermined prosecutors working on legitimate corruption cases.”
Neither Shokin nor Lutsenko had a substantial record of prosecutions for corruption while they held the office of Prosecutor-General. In fact, the State Department said in March that: “When the political will for genuine reform by successive Prosecutors General proved lacking, we exercised our fiduciary responsibility to the American taxpayer and redirected assistance to more productive projects.”
Daria Kaleniuk, whose organization AntAC is described in the State Department emails as “the key Ukrainian anti-corruption NGO” told CNN that “both Shokin and Lutsenko failed to reform the prosecutors’ office, and attacked actual reformers and civil society activists.”
“Lutsenko turned the office into his personal PR office and political platform,” she said.
Lutsenko is now in London and has refused repeated requests for an interview with CNN. However, talking about his meetings with Giuliani, he told the New York Times Saturday: “I understood very well what would interest them. I have 23 years in politics. I knew. I’m a political animal.”
Lutsenko also met Giuliani in Warsaw in February.
Ukraine’s State Bureau of Investigation has opened a criminal proceeding against Lutsenko over alleged involvement in illegal gambling. He has denied any wrongdoing.
Repeated attempts to reach Shokin have been unsuccessful. He began a lawsuit for wrongful dismissal but failed to attend a recent hearing.
Sakvarelidze, the former deputy to Shokin, is hopeful that the prosecutors now in office will finally start tackling the mountain of corruption in Ukraine, but he rues what he calls the lost years under Shokin and Lutsenko.
“Shokin was deeply corrupt and he had to be dismissed. Lutsenko was deeply corrupt and had to be dismissed. And because of these guys we lost five years in Ukraine, five desperate years.”
UPDATE AND CORRECTION: This story has been updated with more context about the allegations and to accurately describe how the documents got to the State Department.