During my NBA career I played for plenty of teams who protected the lead. But its a strategy that can backfire if a team dont exploit their strengths 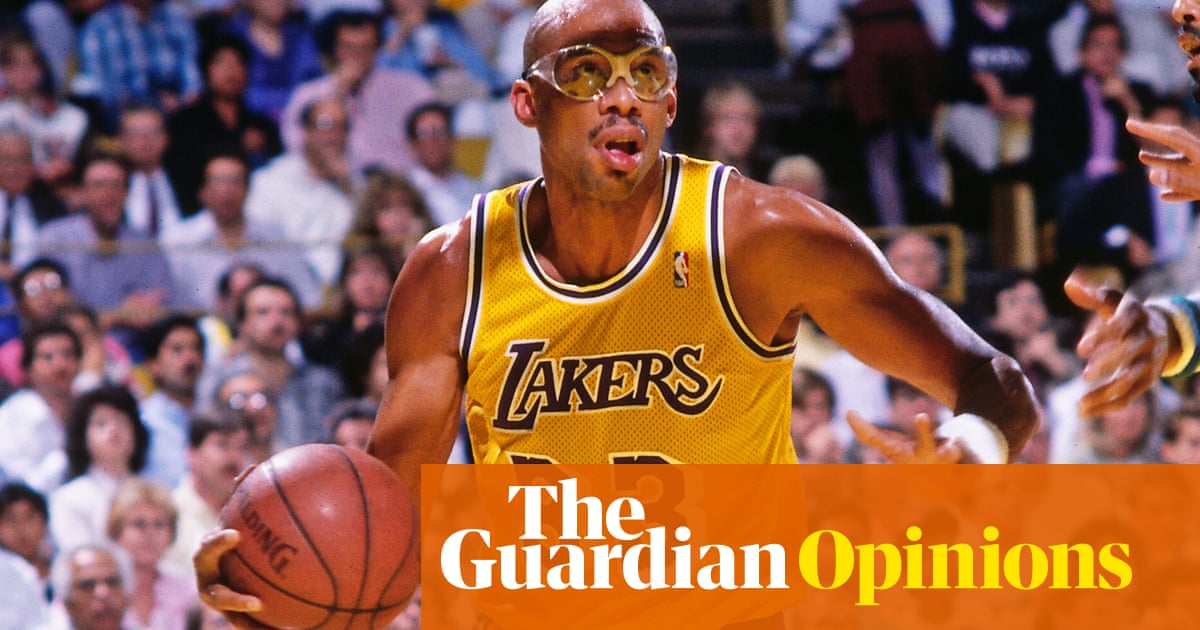 The relationship between sports and society has always been about more than exercise and entertainment. As the popularity of sports movies and TV shows attests, its also a multi-tasking metaphor for core cultural values such as teamwork, sportsmanship, fair play, and overcoming emotional and physical obstacles to persevere. But sports is also about winning and there are lessons the Democrats can learn from sports strategies if they want to triumph in the 2020 elections.

One of the trickiest sports strategies is protecting the lead, in which the individual or team rack up a significant lead, then play much more conservatively in an effort to hold on to the advantage. The theory is that playing more conservatively leads to fewer mistakes and gives the opponent fewer opportunities to catch up. At the same time, the opposition have to play more aggressively and risk making mistakes. During my basketball career one way of protecting the lead involved running out the clock. We passed and dribbled until the shot clock had a couple of seconds left, and then made our shot. Eating up those valuable seconds meant the other team have less time for their comeback. They also have to take riskier shots and run hard, leading to fatigue. Its sound game theory and it was often successful on the teams I was a part of.

However, there are circumstances when this tactic can backfire in sports and in politics. In sports, protecting the lead can cause a team that are dominating to play tighter, stifling their momentum. There are a lot of reasons why this turnabout happens. The team that are behind dig deep to find extra heart to persevere. Sometimes the crowd turn against the team that start slowing down the game because they resent the arrogance and because its a less enjoyable game to watch. As in most things in life, timing is everything when choosing the best time to run out the clock. Do it too soon, you risk a reversal. Do it too late, and youve allowed your opponents space to win.

Politicians with sizable leads in the polls also employ this tactic, in the hopes of gliding into office with little resistance. They hope to protect their lead by running out the clock without putting any extra effort or money or saying anything too controversial. Hillary Clinton employed that strategy in the 2018 presidential election and it resulted in her losing, despite all indications that she would win. Yes, she won the popular vote, but thats the equivalent of having the crowd on your side in a game, but scoring fewer points than your opponent. Being a crowd favorite doesnt win games or elections: Clinton won the popular vote but lost in the Electoral College. On election night when she lost, Clinton said, They were never going to let me be president. They? Its true that many Americans will always find an excuse to not vote for a woman, and pretend that its not women they dont trust, just this woman. In the same way Trump supporters adamantly hate liars and cheats, just not this liar, and cheater. However, Clintons loss wasnt about they, it was also due to protecting her lead by running out the clock. Almost every poll showed her with a respectable lead over Trump just days before the election. So, the Clinton campaign tried to run out the clock by not campaigning much in Wisconsin, Michigan, Minnesota, Indiana, Missouri, North Dakota, and South Dakota, all of which turned much redder than in the previous presidential election.

Oddly, this is the same strategy the Democrats seem to be employing against Trump and other top Republicans up for election. And there is a strong possibility that it will come back to haunt them on the morning after the 2020 elections. The tactic of trying to pick a safe candidate who can beat Trump by appealing to their ideas about Middle America sends the wrong message to all of America. No team devise a game strategy based on fear: they emphasize their strengths and exploit their opponents weaknesses. The Democratic candidate shouldnt be the least objectionable, but the one who boldly forges ahead with clear and detailed plans for Making America America Again. The Trump administration is built upon pandering to the wealthy, the white and the strong-arm leaders of countries such as Russia and North Korea. They view the US as their personal ATM, not a society of enlightened ideals. Democrats cant pander to voters by denigrating Trump but then promising them Trump-lite with a wink. Promote progressive policies and plans worthy of a party that wants to lead this country without fear of being called socialists or the radical left or whatever else your opposing team chants.

Many Democrats who have thrown their hat in the ring need to march right into that ring, grab that hat, and go home. Twelve candidates will be debating on 15 October, the most ever. This does not reflect a well-organized political party capable and competent to take on a sitting president backed by some of the wealthiest people in the country. This is not a toddler t-ball game in which everyone gets to play no matter their skill level. Those who are in the race, knowing they have no chance but are just auditioning for other political positions, should let those who do have a chance get their message out to the voters instead of diluting it.

Forget protecting your lead by running out the clock. Remember that 2015 polls had Clinton forecast to beat eight Republican candidates, with Trump having the lowest showing of all of them. Instead of protecting your lead, press your advantage by amping up. Unify around four or five candidates and let them battle it out. Keep the pressure up on impeachment hearings. Dont try to drag them out until the elections as a strategy. This is the championship game and it must be won by everyone putting individual careers aside and playing as a team. Dont walk down the court, run. Try for every rebound, every interception. Hands up defending every shot. There is no clock. No lead. Just conscionable patriots remembering what theyre playing for.

We Sell The Most Affordable Project Management Document Templates For The Civil Engineering And Construction Industry. Boost Your [...]
Read More
⇛ view similar products
How To Get Psychic and Magick Power

Learn Ancient Secrets That Magickal Fraternities And Mystics DO NOT WANT YOU TO KNOW A Fast-moving Ebook That Can Teach Your Visit[...]
Read More
⇛ view similar products
How To Get Psychic and Magick Power

Learn Ancient Secrets That Magickal Fraternities And Mystics DO NOT WANT YOU TO KNOW A Fast-moving Ebook That Can Teach Your Visit[...]
Read More
⇛ view similar products
3 minute meditations

3 Minute Meditations Takes The Challenges Out Of Learning To Meditate And Shows You How To Sit Still, Calm The Mind And Chill Out [...]
Read More
⇛ view similar products
Web graphics package

The 450 MEG Ultimate Web Graphics Package is packed full with .jpg, .gif, and .png files that will meet all your web graphic and i[...]
Read More
⇛ view similar products
Web graphics package

The 450 MEG Ultimate Web Graphics Package is packed full with .jpg, .gif, and .png files that will meet all your web graphic and i[...]
Read More
⇛ view similar products