On Sunday night, John Oliver kicked off the latest edition of his late-night show Last Week Tonight with the latest developments in what hes calling Stupid Watergate II: Revenge of the Ding Dong Dingus.

Over the past week, President Trump and his toadying voices in the right-wing media have sought to undermine the credibility of Lt. Col. Alexander Vindman, a National Security Council official and active duty military officer who sounded the alarm on Trumps alleged quid pro quo call with Ukraine. And earlier Sunday, Trump even threatened to expose information on Vindman, an Iraq War hero and Purple Heart recipient, suggesting (without presenting a shred of evidence) that he is a Never Trumper.

But Oliver, as a comedian first, was more interested in the ridiculous anti-impeachment memorabilia that Trump is hawking to his most loyal followers in his online store.

Incredibly, despite the mounting evidence against him, Trump still insists this is The Greatest Witch Hunt in American History. In fact, his campaign website has now started to sell these Stop the Witch Hunt T-shirtsan item of clothing that Ive become completely obsessed with this week, explained Oliver.

Yes, Trump has begun selling merch thats a play on the movie poster for the 1993 Disney childrens film Hocus Pocus, only with Democratic Reps. Nancy Pelosi, Adam Schiff, and Jerry Nadler as the three witches looking on over an orb containing Trump as a flying superhero.

So, its a witch-hunt where the witches are the ones doing the hunting, which is categorically not what a witch-hunt is, in the same way a duck-hunt doesnt mean a bunch of ducks hunting humans in the woods. Meanwhile, on the shirt, Trump is depicted as a flying superhero, which has no place in the witch genre, and the product description just confuses this issue further, explained a chuckling Oliver.

The product description of the Stop the Witch Hunt T-shirt reads: The only people scared this Halloween are Shifty Schiff, Nervous Nancy and Democrat Hack Jerry Nadler about their chances in 2020!

So, to recap here: In this witch-hunt the witches, even though they are the hunter, are the scared onesthe only scared ones, in fact; its still the greatest witch-hunt in the history of the USA but only three people are scared, and all of them are witches. This shirt makes no fucking sense! exclaimed Oliver. And it prompts so many questions, my main one being: Does it come in a mans extra-medium? Because Im going to want a relic to show my grandchildren in the future when they refuse to believe that any of this shit ever happened. 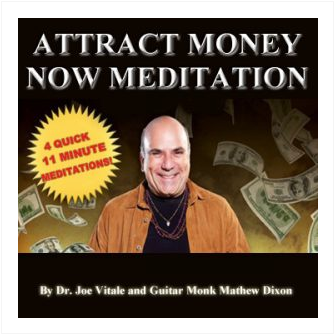 Each meditation is less than 11 minutes long. You can do them whenever you like. One a day is easy, and you can do a different o[...]
Read More
⇛ view similar products
Attract Money Now Meditation

Each meditation is less than 11 minutes long. You can do them whenever you like. One a day is easy, and you can do a different o[...]
Read More
⇛ view similar products
Virtual 3D cover and mockup creator

This Program Was Created, To Help The Many Americans Who Are Not In The Know, To Quickly Locate And Apply For These Funds For What[...]
Read More
⇛ view similar products
Get The Money You Need Now

This Program Was Created, To Help The Many Americans Who Are Not In The Know, To Quickly Locate And Apply For These Funds For What[...]
Read More
⇛ view similar products