Within hours of NBA free-agency starting, the NBAs landscape changed. So its reassuring that the Knicks still have no idea how to run a basketball team 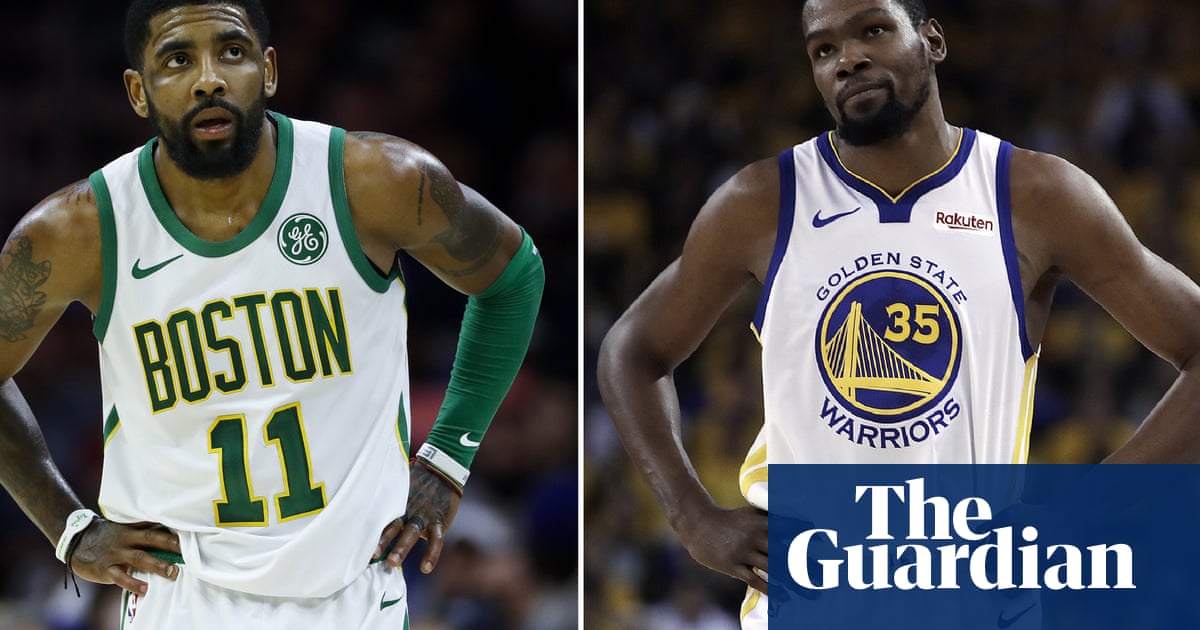 Kevin Durant is taking his talents to Brooklyn. His time as a star on the most dominant NBA team of recent years, the Golden State Warriors, has come to an end. The star free agent inked a deal with the Nets on Sunday worth $164m over four years, where he is set to join forces with Kyrie Irving and forming a new super team in the Eastern Conference. Former NBA All-Defensive First Team center DeAndre Jordan will join the pair in Brooklyn.

Reports of Durants discontent in Golden State have been rife for more than a year. It has seemed inevitable for 12 months that he would wind up in New York. For much of the year, it appeared as though the Knicks were the landing spot. At the onset of free agency, however, Durant and Irving spurned the Manhattan skyscrapers for Brooklyn brownstones, proving once again that the James Dolan-led Knicks are the laughing stock of the league.

Irving and Durant took less money so that they could play together in Brooklyn and squeeze Jordan in under the salary cap. The Nets will have to part with the up-and-coming DeAngelo Russell, who blossomed in their system from an inconsistent youngster into a guy with a clear path to stardom. Brooklyn had been expected to let Russell become an unrestricted free agent, free to choose his next team. But it has been reported he was moved to Golden State in a sign-and-trade deal for Durant.

This is a brutal look for the Knicks as much as its a win for the Nets. Brooklyn have focused on building slowly, methodically, around culture and young talent since the disastrous Kevin Garnett-Paul Pierce trade that crippled the franchise for years. Durant and Irving took note.

The Knicks, by comparison, are a complete mess. This is the fourth occasion in Dolans time as team owner that they have cleared maximum salary cap space in order to add a pair of superstars and come up empty-handed. Every time, the Knicks enter free agency filled with the confidence that their hallowed arena and the mythical aura of New York will be enough to convince players to spend their prime years working under Dolan. Its the fourth time theyve failed.

Players love playing in Madison Garden, we always hear. But it seems theyre excited to play there on the road: nobody wants to call it home. Maybe an arena that hasnt seen championship confetti since 1973 27 years before most of 2019s draftees were even born doesnt have the pulling power the fanbase and local outlets have been led to believe.

There isnt enough time here to include all of Dolans buffoonery, but this summer will go on the Mount Rushmore of indiscretions. Reports surfaced late last night that the Knicks had been unwilling to offer Durant a max contract given his injury status. Dolan didnt want to pay Durant a maximum salary for a year of rehab, as though Durant with one leg wouldnt be the most talented Knicks player since prime-Patrick Ewing (more damning reports suggest Durant didnt even think it was worth meeting with the Knicks in the first place).

Not since Ewing have the Knicks had a homegrown star play out his rookie contract, but they entered last season with one. But when the Knicks started to get subtle signs that Durant and Irving might be interested in joining them, they shipped out Kristaps Porzingis to clear cap space and acquire some extra assets.

Now theyre left with egg on their face. Durant and Irving opting to relocate elsewhere would have been a blow. But seeing them set up shop a mere hop over the East River is downright embarrassing. The Knicks responded the only way they know how, scurrying to sign average players to inflated contracts. From envisaging a future with Durant, Irving, and Zion Williamson, the highest touted college prospect in around a decade, the plan is now to build around Julius Randle and Bobby Portis. Gulp. If you dont know those names, dont worry; thats the point.

Durant, of course, will miss his first season in Brooklyn due to an achilles injury. He may never return to the lofty heights he set in winning back-to-back finals MVP awards. But even at 90% of his peak, he remains a top-10 player in the league, a generational scorer who doesnt need to blow past people to get buckets. He moves to a crowded Eastern Conference where the Nets may not be the top team, even with Durant and Irving at full tilt:

– The Celtics are still trying to figure out if their young guys are for real or not, reportedly adding the ever-improving, oft overlooked Kemba Walker to replace Irving. Irving is a better player in a vacuum; Walker is a better fit in Boston.

– Milwaukee lost Malcolm Brogdon to Indiana, the teams second-best player last season. But they were able to keep hold of other key pieces.

– Philadelphia reportedly lost Jimmy Butler to Miami. But the Sixers were able to recoup the young and talented Josh Richardson in a sign-and-trade deal, as well as adding savvy veteran Al Horford.

– The Pacers arent sexy, but with Brogdon, a sharpshooter of the highest order, and the returning Victor Oladipo, they will be frisky.

Now, the league waits on perhaps the best player in the world, Kawhi Leonard, to update his LinkedIn profile. If Leonard opts to stay in Toronto on a short or long-term deal, the power in the NBA will now reside in the Eastern Conference. Sure, Golden State have reloaded, LeBron and Anthony Davis have teamed up in LA, and Houston are still Houston. But the deeper, more well-rounded, better constructed, championship-type rosters are out east.

Add Kawhi to the Lakers, however, and none of that will matter at least until Durant returns in 2020, in whatever form that may be. And if Kawhi opts to join the Clippers, we will see the most wide-open championship pursuit since the post-Jordan late 90s era. In that world, 13 of the leagues 30 teams would enter the season with a legitimate shot at the title. Dont sleep on the Jazz!

It has only been one day, try to take a breath, yet within hours of the leagues official new year, the landscape shifted for the next half-decade. And amidst all that change, its nice to have one constant: the Knicks incompetence.