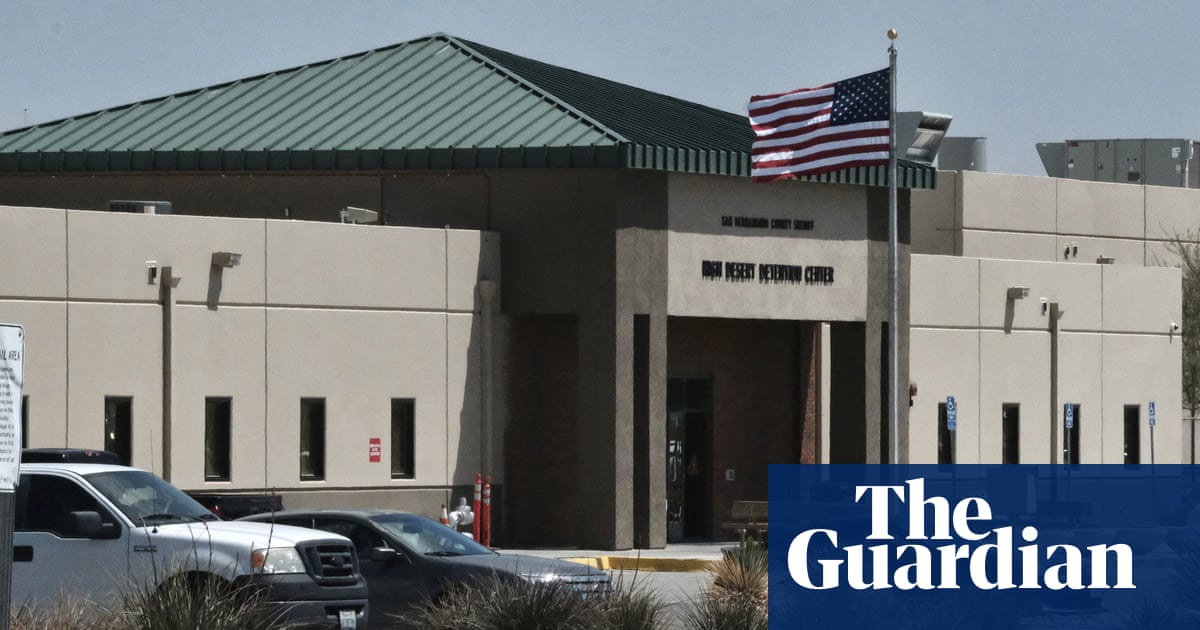 As the number of Central American families and children approaching the US-Mexico border continues its dramatic rise, the US is failing to provide adequate care to those already in detention.

Reports this week from the US Department of Homeland Security watchdog, the Office of Inspector General (OIG), and leaked documents, have revealed distressing conditions for migrants in the custody of US immigration agencies.

Child migrants could soon lose access to recreational activities and English lessons, while conditions at adult detention facilities were found to pose immediate risks to immigrant health and safety.

In May, Customs and Border Protection (CBP) agents apprehended 132,887 people at the southern border and 11,391 people arrived at ports of entry but did not have the documents required to enter the US. They are mostly Central Americans fleeing poverty, violence and the climate crisis.

We are bursting at the seams, said Randy Howe, CBPs executive director of operations. This cant continue.

Citing budget pressures because of the influxof children at the border, the health department agency that cares for children who arrive at the border on their own, the Office of Refugee Resettlement (ORR), has started to end funding for activities such as soccer and English classes for children in its custody. Children can spend months in ORR shelters, including tent cities.

A health department official emailed shelters last week explaining the funding for those programs was unallowable, according to an email obtained by the Washington Post.

Locking up children and then denying them legal aid, education, and even playtime is all part of this administrations cruel efforts to dehumanize people who have come to the US seeking safety, Bell said in a statement. Childrens human rights must be protected by ensuring they receive proper care while in government custody and are released as soon as possible.

The homeland security and health departments were also under pressure this week because of an alarming NBC report that revealed the government had kept immigrant children in a van for 39 hours while waiting to reunite them with their parents.

In July last year, 37 migrant children aged between five and 12 years old were held for two nights in the van after a federal judge ordered the Trump administration to reunite families it had separated at the border, according to the report.

The Republican leader of the House energy and commerce committee, Oregon representative Greg Walden, said the reports findings were unacceptable and indefensible.

This is not who we are as Americans, Walden said in a statement. I expect a prompt explanation from the Departments of Homeland Security and Health and Human Services about this failure.

As advocates for migrant children raised concerns about these reports, the DHS inspector general released a report showing egregious conditions in four adult detention facilities across the US, including nooses found in detainee cells.

In 2018, immediate health and safety risks were observed at two of the facilities, Adelanto Ice Processing Center, referring to Immigration and Customs Enforcement (Ice), in California, and Essex County Correctional Facility, in New Jersey. At Essex, inspectors found open packages of raw chicken that had leaked blood over refrigeration units the kitchen manager was replaced during the inspection. At Adelanto, chicken smelled foul and appeared to be spoiled. At both locations, inspectors found bathrooms in poor condition with unusable toilets and mold on ceilings, mirrors and vents.

Our observations confirmed concerns identified in detainee grievances, which indicated unsafe and unhealthy conditions to varying degrees at all of the facilities we visited, the inspector said.

Other problems inspectors observed included the Essex facility providing detainees with clothing only in extra large sizes, 3x and 4x, which detainees said they could not keep on. And three of the facilities were found to be violating homeland security department standards by inappropriately using handcuffs and strip searches without documenting a justification for doing so.

In May, inspectors found the processing center, which has a capacity of 125 people, held between 750 and 900 people. A cell meant to hold 12 people held 76 people and another with capacity for 35 held 155, according to the report.

Donald Trump has not directly addressed the problems uncovered in US detention facilities.

On Wednesday night, the president blamed Democrats and Mexico for the influx of immigrants at the border. His immigration policies have so far failed to reduce the number of people making the dangerous journey north.