If you’re putting your body through a test of endurance, whether it’s running an ultramarathon or crossing Antarctica, is it “mind over matter” or is there a physical limit? A new study shows that your breaking point is not simply a matter of psychology, there might actually be a hard limit to human endurance.

As reported in the journal Science Advances, even the toughest and best-trained endurance athletes are unable to burn calories at more than 2.5 times their resting metabolic rate for a sustained time. Beyond this limit, the body starts to break down its own tissues to make up for the caloric deficit.

It is possible to break this 2.5 threshold for a limited period. As the study notes, some 11-hour triathlon athletes burn calories at 9.4 times their basal metabolic rate. However, your body is not capable of digesting enough calories needed to sustain this level of endurance without the body drawing on its reserve energy supplies. Your “gas tank” is almost running on empty at this point and you’ve only got limited time left before it’s totally game over.

“There’s just a limit to how many calories our guts can effectively absorb per day,” study co-author Herman Pontzer, an associate professor of evolutionary anthropology at Duke University, said in a statement.

“You can sprint for 100 meters, but you can jog for miles, right? That’s also true here,” Pontzer added.

The team of researchers tracked numerous athletes’ metabolism by adding uncommon isotopes of elements in their drinking water and then analyzing pee samples after the task at hand. In doing so, they tracked the rate of carbon dioxide their body was producing and, ultimately, increases in metabolism and energy expenditure.

A number of other activities were shown to really push the short-term limit of metabolic rates. For example, cyclists in the Tour de France were found to burn calories 4.9 times their resting metabolic rate, while trekking across the Antarctica saw hikers burn calories at 3.5 times the resting rate.

Interestingly, pregnant women sustain around 2.2 times their resting metabolic rate. This goes to show how taxing this feat can be on the body, demanding a prolonged stream of energy expenditure that’s only just less than the sustainable energy expenditure found among endurance athletes.

An understanding of this 2.5 threshold could even be used to explain how physiological limits are stopping certain speed records from being shattered, as human endurance may have an ultimate limit. That said, while the team argues that the 2.5 mark appears to be the current hard limit for humans, it isn’t unimaginable that some individuals, somehow, might be able to edge beyond it.

“So I guess it’s a challenge to elite endurance athletes,” Pontzer concluded. “Science works when you’re proven wrong. Maybe someone will break through that ceiling some day and show us what we’re missing.”

100 iPhone tips details an easier way to get to the punctuation characters on your iPhone keyboard and special combination of butt[...]
Read More
⇛ view similar products
95%, 100% Winning Trade 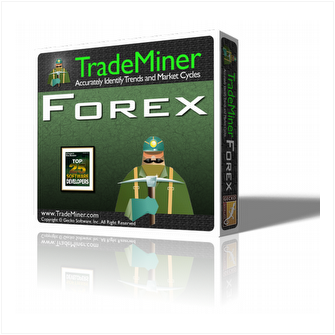