You’d probably be surprised how many everyday objects and common things have ridiculous, bizarre or even hilarious origin stories. Like the stethoscope! This ingenious piece of medical equipment which became an inseparable part of a doctor’s image was actually invented under quite amusing circumstances. Back in the day (the 19th century, to be precise), when doctors would rely on laying their ears on the patient’s body to hear their heartbeat, one physician, René Laennec, felt uncomfortable examining a female patient that close, so he took a piece of paper, rolled it up and, voila! your first stethoscope was created! However, some stories have much grimmer beginnings. “L’Inconnue de la Seine” is a morbid icon in the art world, a death mask that feels uncanny to look at as it combines two things that usually don’t belong together. A portrait of a dead person and an utter sense of peace. Although the exact origins are unknown, it is widely believed that the unidentified young woman whose death mask fascinated hundreds and saved thousands, was likely a victim of suicide. The story says that her body was pulled out of the River Seine in the late 1880s and showed no signs of violence, thus the suicide claim. Considering the state of her skin and features, some specialists have estimated the girl’s age to be no greater than 16 years. The pathologist at the Paris Morgue was reportedly so fascinated by the female’s beauty, he made a wax death mask. The pathologist wasn’t the only person charmed by her calmness and beauty as numerous copies of the death mask were created, to the point where many Parisians kept it at home as a fashionable morbid fixture. Some people dwelled on the expression on the girl’s face. Famously, Albert Camus compared the girl’s smile to that of Mona Lisa’s, inviting many speculations about her status, circumstances, and death. The image spread widely through history, inspiring many art pieces, stories, and novels. Some historians and scholars even note that “The Unknown Woman of the Seine” was a fashion icon with women trying to model their looks on her. Peter Safar and Asmund Laerdal, the creators of the first aid mannequin Resusci Anne, chose the Seine woman’s death mask as the face of the CPR doll. As the mannequin was used for many CPR courses, “L’Inconnue de la Seine” has been dubbed “the most kissed face” of all time. We’re all aware that the CPR mannequin is not alive. But not many realize how actually dead it is. Quite a horrifying thought! This is by far the simplest, easiest and most effective method to permanently normalize your blood pressure without suffering the [...]
Read More
⇛ view similar products
Combat Sports Nutrition 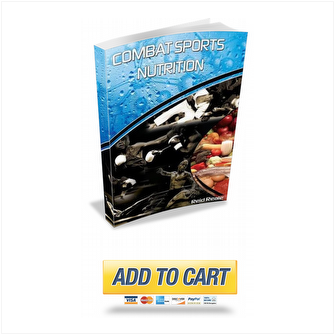 Get More Out Of Your Combat Sports Training This Book Explains How You Can Use Nutrition To Boost Your Training, Increase Recovery[...]
Read More
⇛ view similar products
Combat Sports Nutrition

Get More Out Of Your Combat Sports Training This Book Explains How You Can Use Nutrition To Boost Your Training, Increase Recovery[...]
Read More
⇛ view similar products
Make Money Online in 2 Hours

The entire course is an action-packed 8 hour long course, that prepares customers fully to be affiliate marketers, and make their [...]
Read More
⇛ view similar products
Housetrain any dog