Payday lender Wonga mis-sold loans to hundreds of thousands of people who will only receive a fraction of the compensation payments they are owed.

Administrators for the lender, which collapsed in August 2018, have revealed that 389,621 eligible claims have been made since Wonga’s demise.

Ex-customers have until the end of Monday to make a claim for historic mis-sold loans via an online portal.

Administrators hope to make payouts to those owed money by the end of January.

Wonga was once the biggest payday lender in the UK. It was vilified for its high-cost, short-term loans, seen as targeting the vulnerable.

But it became a household name and was enormously successful until stricter regulation curtailed its, and other payday loan companies’, lending.

It collapsed in the UK following a surge in compensation claims from claims management companies acting on behalf of people who felt they should never have been given these loans.

The scale of the sale of unaffordable loans seems to have been underestimated, but has now become clearer as the firm’s administrators, Grant Thornton, have been running an automated claims service.

The system checks claims against standards agreed with the Financial Ombudsman. The administrators said they had received 560,982 claims by the end of August. The majority (389,621) were justifiable and entitled to compensation.

Those totals are likely to rise by the time the online claims service is closed at the end of Monday. Claimants only need to include simple information on the online portal, such as their name and address when they were given the loan, and the application should only take a few minutes.

The administrators warn that compensation will not be paid out in full, as those entitled to payouts are among the host of creditors to receive a cut of the assets of the collapsed lender.

But debt adviser Sara Williams, who writes the Debt Camel blog, said it was still worthwhile for those affected to make a claim in the final hours that the service remained open.

“The regulator’s rules say a payday loan is unaffordable if you could only repay it by getting behind with other debts and bills or by borrowing more,” she said.

“If you are due a refund, you won’t get paid the full amount. I will be surprised if you get more than 10% of it. That is a disgrace and the UK regulators should be ashamed that they allowed so many payday lenders to profit from people’s desperation for so long.

“But it is so easy to make a claim to Wonga that this is still worth doing.”

In February this year, the Treasury Committee of MPs said cases of people with historic mis-selling claims had been “cast aside”, with Wonga causing damage to these ex-customers from “beyond the grave”.

At the time, the committee was referring to just 10,500 people awaiting ombudsman rulings. Experts estimated that, by the end of the day, the number of people in the equivalent position could have swelled to more than 400,000.

Be a Hero and Transform Your Baseball Field in Only 3 Weeks, 2 Days, or Even Just 4 Minutes with the NEW Baseball Field Maintenanc[...]
Read More
⇛ view similar products
30 Basketball Practice Plans

In The Well-Prepared Coach - 30 Youth Basketball Practice Plans package, you will get 30 ideas that will keep your kids or teens i[...]
Read More
⇛ view similar products
The Social Network For Entrepreneurs

Alphapreneur Is The One Place That Has Everything You Need To Grow Your Business That Will Propel You From Where You Are Right No[...]
Read More
⇛ view similar products
Ghost hunting software 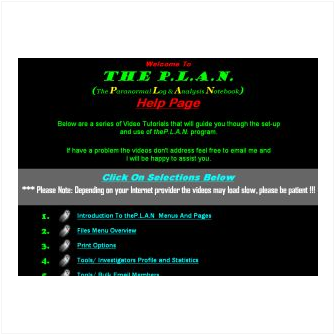